If you would Joe, please share with the WPYF community what it has meant to you, as a coach, and your son James as a player, to participate in the WPYF league?

WPYF has meant a great deal to our family, with James older brother Joe going through 4th grade to 9th grade, and James doing the same in the youth program it has meant a great deal to watch my boys grow as athletes and as people. I as an athlete loving Football coached not only for the 8 years of both my boys playing in the youth program but did coach 3 years as well at the Junior High Level as well. I also coached 4 years with the Minneapolis Lumberjacks a Semi-Pro team with Marion Barber II. Coaching to me is a very rewarding as you learn how to motivate all kinds of great young men.

I think parents need to realize while dreaming for their son is great and they should a Player like James comes around few and far between from my experience, The extreme amount of dedication it takes to be that successful is unexplainable, choices have to be made but at a realistic age, High School.

WPYF has been a great part of James growth this is why he does Linebacker clinics with the young people when he comes home to give back as much as he can, a very important characteristic!

James was a multiple sport athlete while at WHS, how did your family juggle the demands and pressures that are placed on these kids to compete in multiple sports?

James was a 3 sport athlete and realized soon in High School he had to give one up his Sophomore year and that was Baseball, he did however continue to play Hockey and Football all through High School and was offered D-1 scholarships for both sports. During the youth levels however the demands are put on these young athletes too much to play multiple sports, how did we handle it James played the SPORT in season and nothing else. It is not fair to those who come every day to have another player play as much if he did not come to the same amount or practices, so early on we made a decision play the sport in season. James was unique as he carried a 3 ring notebook full of notes of film he studied in Football I have not heard of another child doing that ever. As a pro athlete myself, I have seen almost everything there is to see in sports, one thing for sure even when parents think they are doing the right thing by having their kid do multiple sports at the same time, that they are doing the athlete justice when actually it is the opposite the athlete is burning to much muscle and is overtraining, a very common thing among young athletes.

What advice do you have for these parents that are currently faced with the decision, should my child go to these off season practices/tryouts or play in their last few football games of the season?

The advice I can give to parents is do not cheat your child out of a sport for another sport out of season. James never missed a Football practice for a Hockey practice and neither did any other of my players. It is something you cannot do a "do-over" in, to experience the enjoyment of teamwork with friends that you have made. There is no proof that off season Hockey is needed during Football that will make a child a better Hockey Player, if there is I'd like to see it. Remember parents Athletes are born not made! For instance James was told if he did not play on the summer teams or fall teams like "The Blades" that he would never play Hockey in High School, or make the Bantam A Team, well I will tell you right now that is a LIE! James never played summer Hockey or if he did it was for fun and he NEVER missed Football for Hockey ever and the naysayers were wrong, James did make the Bantam A team that year, they not only won Silver Sticks, they went to Bantam Nationals to this day not another Bantam Team has done that! Half of that Hockey team was on my Football Team. In high school he not only was a first line defense men his sophomore year, he was Captain his senior year and we had a few Pro Hockey teams call and wanted James to put his name in the supplemental draft for Hockey, not bad for a kid who only did summer hockey for fun and never missed for Football. Parents be realistic let your kid enjoy the moment with his friends they grow up way to fast and they can never get this time back. Work along with the Hockey and Football Programs they will adjust tryouts time if you let them know in advance, do not cheat your kid out of a game he loves as well. Most of the players that I know that did play Hockey year round were burnt out by High School.

Do you have any advice for the youth organizations involved, including WPYF, how can we help?

I do have advice for the Hockey Organizations stop trying to make tryouts earlier every year it will not make any of the Wayzata Teams better for example James Bantam A Team that went to Nationals they started later than any other Team in the District as a result they PEAKED at the perfect time. As for Football the organizations WPYF has been more than understanding after being involved for over 18 years I have seen it all from Greg Baulfield to David Gaither to the current Curt Illikainen you have had great presidents for the football association and have bent over backwards for other sports to make it all workout others should look to them as they lead by example, this is not who does it better but what is the best experience a player can have, is cheating them out of a whole season in one sport fair, or is letting that athlete get the most out of that sport the best. I am a firm believer that young athletes need to develop Muscles for Football to be a better Hockey Player and Hockey muscles developed the right way helps in playing Football as well.

As I said before, athletes are born not made and MORE is not in most cases always better. I have consulted with many coaches in Hockey like Don Lucia, Doug Woog both say play the sport in season and hang up the skates for summer and both coaches were and are successful, something to think about.

Buckeye Bits: Returning All-American, Butkus and Nagurski Award recipient ... the most proficient linebacker in the college ranks today ... smart, instinctive player who studies every facet of the game ... exceptional dedication in the weight room and on the practice field ... wants to make his senior season his best yet.

2006 (Sophomore): Won the 2006 Nagurski Award as the nation’s best defensive player ... finalist for the Butkus and Bednarik awards as a true sophomore... first-team All-Big Ten ... Walter Camp and FWAA All-America ... starting all 13 games, led the Buckeyes with 115 tackles, including 53 solo stops ... paced the Buckeyes with five interceptions ... returned first career interception 25 yards in a 24-7 win at No. 2 Texas ... had a two-yard interception return vs. Cincinnati and then had a 13-yard INT return in a 28-6 victory vs. Penn State ... picked off a pass for the fourth straight game late in the fourth quarter at No. 13 Iowa ... fourth-quarter interception at Illinois ... forced two Texas fumbles, one on the goal line, and another at Northwestern ... Big Ten defensive player of week (Texas) ... team weekly defensive honors five times.

2005 (Freshman): Played in all 12 games and had nine tackles as a true freshman behind Bobby Carpenter on the strong side ... played almost the entire Michigan game after Carpenter suffered a broken ankle on the first play ... started the bowl against Notre Dame.

High School: Named Minnesota’s Defensive Mr. Football as a senior ... collected 193 tackles, including 28 tackles-for-loss and five sacks as a senior after racking up 160 tackles as a junior ... led Wayzata to the Minnesota 5A state championship game as a senior ... also a hockey standout and team captain as a senior.

Personal: Son of Joe and Julie Laurinaitis ... his father was a popular professional wrestler known as “the Animal” of the Legion of Doom ... has an older brother, Joey (a Dayton policeman), and a younger sister, Jessica, who plays hockey. 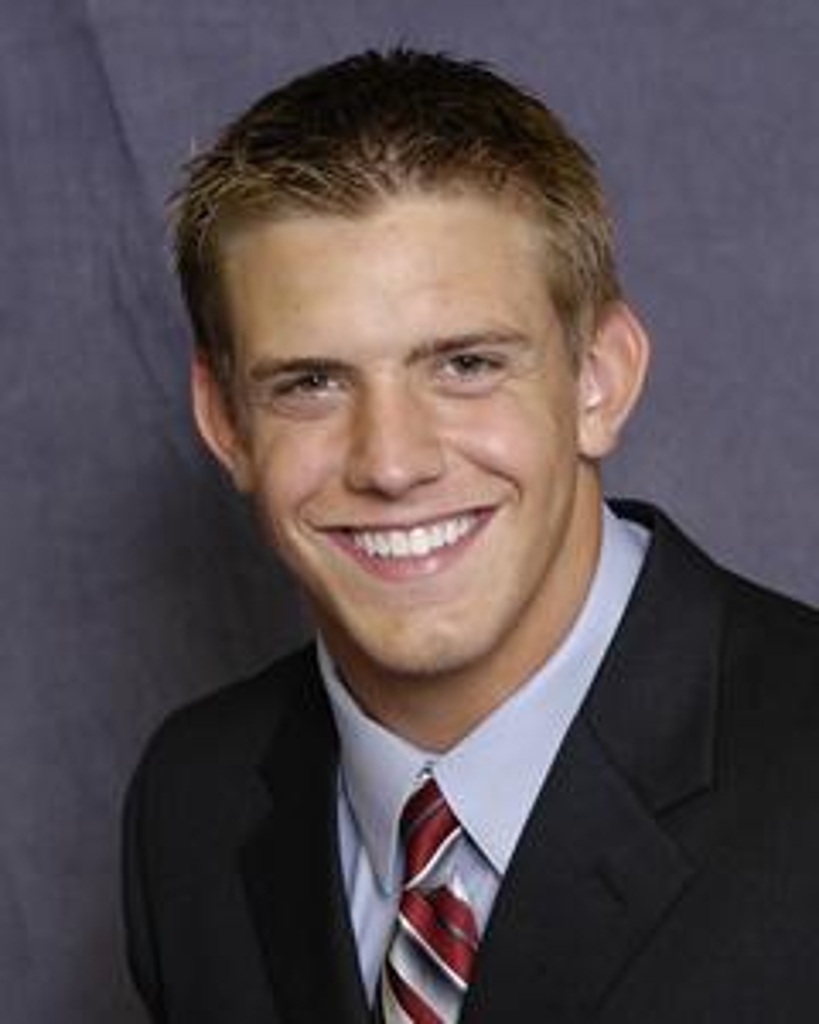